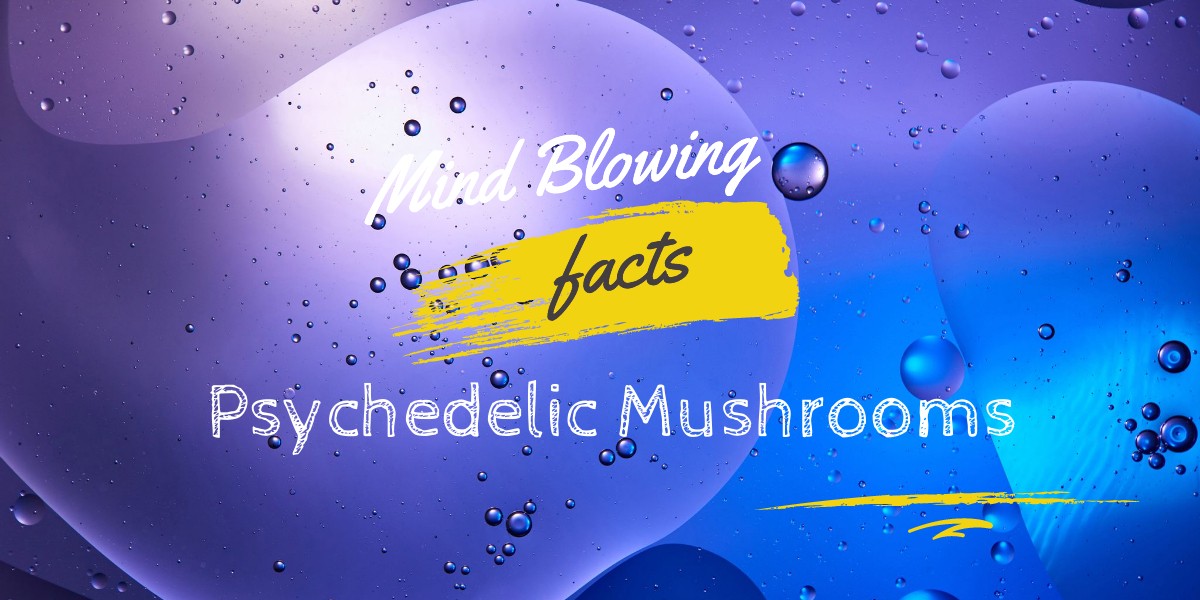 Facts about Psychedelic Mushrooms – Here are fifteen things you might not know about hallucinogenic mushrooms.

Shrooms are psychedelics that give your brain sense-altering and out-of-realm experiences. It takes you high for four to six hours and gives you incredible hallucinations that are spiritual-like.

The most common of these fungi are the psilocybin ones. Psilocybin proves essential for medical research. It is a player in finding a breakthrough alternative for people suffering from cure-resistant depression and major depressive disorder.

Psilocybin Isn’t the Only Psychedelic in Fungi

Most magic shrooms have psilocybin as its main hallucinogen. But, there is a family of these fungi that has a different set of chemicals. All Amanita muscaria varieties have the toxin muscimol. When taken at a specific dosage, this toxin can kill a person. However, this doesn’t stop the indigenous people of Siberia and the Sami tribe from using it. It is an entheogen in their religious rituals. Of course, these people use the right dosage and prepare the fungi properly.

Amanita muscaria mushrooms are also popular intoxicants in the Middle East, North America, Asia, and Scandinavia. People boil the fungi twice to tone down the toxicity before ingesting them in parts.

What’s the difference? While they both induce hallucinogens, muscimol gives darker trips than happy ole psilocybin.

Rock paintings show historians that ancient North Africans used shrooms as far back as 9000 BCE. Historians found statues and other representations of mushroom use in the places where the ancient Mayan and Aztec civilizations thrived. Aztecs called the fungi teonanacatl or flesh of the gods.

Many indigenous peoples, the Mazatec, Nauhua, Mixtec, and Zapatec, in Central America still use the same psychedelics their ancestors did.

The US Federal Administration Labels Hallucinogens as Illegal

Because of Nixon’s war on drugs, misinformation on magic mushrooms has led to stigmatizing the natural hallucinogen. Until now, the organic edible falls under Schedule I drugs.

However, there’s good news. While the fungi are illegal for use, they are legal for study and medical research.

A Legal Psychedelic Mushroom Does Not Exist

While psilocybin mushrooms are the more well-spread mushrooms, they are all illegal in the US and many more countries. However, there is one legal hallucinogenic fungus, and it is the Amanita muscaria.

Amanita muscaria is only illegal in Louisiana, Romania, and the Netherlands.

Magic Mushrooms Are Not Addictive

No scientific evidence suggests that psilocybin and muscimol shrooms are dangerous and addictive. However, if you use shrooms regularly, you’ll build a tolerance. Keeping a low tolerance level is the reason why you need to start by microdosing.

The lethal dose for psilocybin shrooms should be around 17,000,000 mg and 15 caps for muscimol. When you dose carefully, it is almost impossible to reach these numbers.

Scientists have breakthrough studies on them. They found out that psilocybin helps reduce fear and gives happy thoughts to people suffering from treatment-resistant depression and PTSD.

More researchers are looking into shrooms’ potential to help people suffering from degenerative mental illnesses like Parkinson’s or Alzheimer’s. This potential comes to the capability of shrooms to refire neural long-dormant neural pathways.

These hallucinogens aided thousands of years of rituals. If you are one to believe in spirituality, use them to heighten your energies significantly.

People claim to feel closer to god after a shroom experience — that the psychedelic opened their mind to the universe.

It’s no secret that many creatives, musicians, innovators, and artists for once at least needed to find inspiration with the help of psychedelics. People from Anthony Bourdain to Abraham Maslow claim that taking shrooms inspired them.

It makes sense because the effects of shrooms will give your mind a workout, and you’ll sense things in an out-of-the-box manner, which’s the main ingredient for creativity!

People like to get high, whether through drugs or alcohol. The problem is that when you regularly use these substances, the pains will overcome the gains in time. Though the logical reaction should be stopping, substances like these are addictive and hard to quit.

Some studies have found that shrooms can satisfy the “high” needs of an addict and replace other substances with microdosing. Most addicts have depressed brains, and psilocybin can help in the same way that it recovers depression patients.

With the pleasant effects of psilocybin, you won’t need intoxication with drinks nor cigarettes.

Psilocybin activates neurotransmitters and neurons. Your neurotransmitters on shrooms fire in ways they aren’t programmed to and make pathways to the neurons they rarely contact. This phenomenon makes you “hear” colors, “taste” sounds, “see” tastes, and many more remixed senses — it is a literal rewire.

After the overwhelming euphoric state, your brain restabilizes and returns to a state of “rebalance.”

In one recent study with depressed patients on shrooms, the respondents said they felt their minds reset. These patients lost their depression symptoms and had better mental states for longer than with other treatments.

You Can Find Mushrooms Everywhere

Some obvious facts about Psychedelic Mushrooms. From North to South America, Europe, Central to Southeast Asia, the Middle East, Australia, and across the globe, you will find psychedelic shrooms.

In some countries, sure shrooms bloom in seasons, but if you know your fungi well, you can find which ones are available anytime you need them. However, it is still better to farm climate-resistant mushrooms for your trip life. This way, you will have more consistent results in a controlled environment.

You Can Grow and Store Mushrooms

There are many sources worldwide for the right tools you can use to produce your psychedelic shrooms. The most common way is to propagate the fungi in highly-controlled jars.

When harvesting, you can refrigerate some of them for a while to store, but the best way is to dry the shrooms and keep them in a zero moisture container until your next use.

The Wrong Mushrooms Will Kill You

There are highly lethal fungi out there. You must be extra careful when trying to get the right ones, especially when you’re foraging wild fungi. Watch out for the death cap, destroying angels, dapperlings, skullcaps, and web caps.

You Can Go To Jail for Possession

A possession of Schedule I drugs is punishable with a year in jail with a $5,000 fee and a misdemeanor case. If you get caught again, you’re facing a felony with a 3.5-year prison sentence and a $10,000 fine.

It is a Schedule I drug and is illegal in most countries like the US and among all the facts about psychedelic mushrooms this should be important to remember.

The best and safest places to enjoy shrooms are in the Netherlands and Jamaica. In these countries, enthusiasts host psilocybin retreats to help you through a legal and controlled shroom experience.

Facts About Psychedelic Mushrooms: The Future For Fungi is Promising!

Many countries are starting to open up to shrooms for mental health potentials and casual use.

Governments start to realize that the ability to experience the freedom of mind that natural psychedelics must not be kept away from people.

We can achieve this by giving more proof of how this gift of earth can be done safely.

Do you have any more shroom facts you want to share? Let’s discuss it! 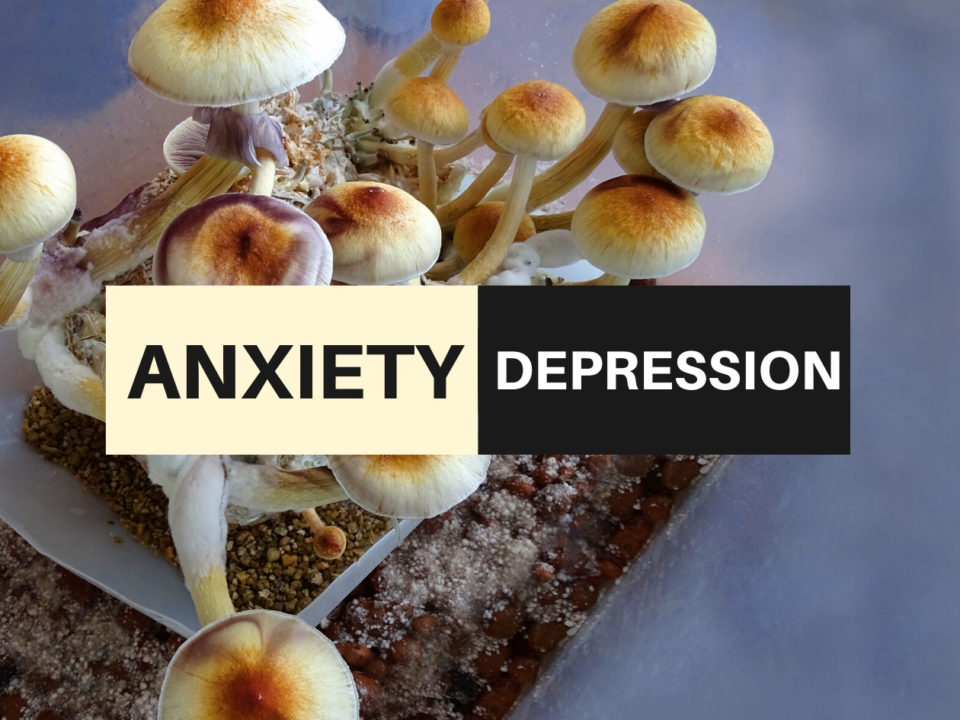